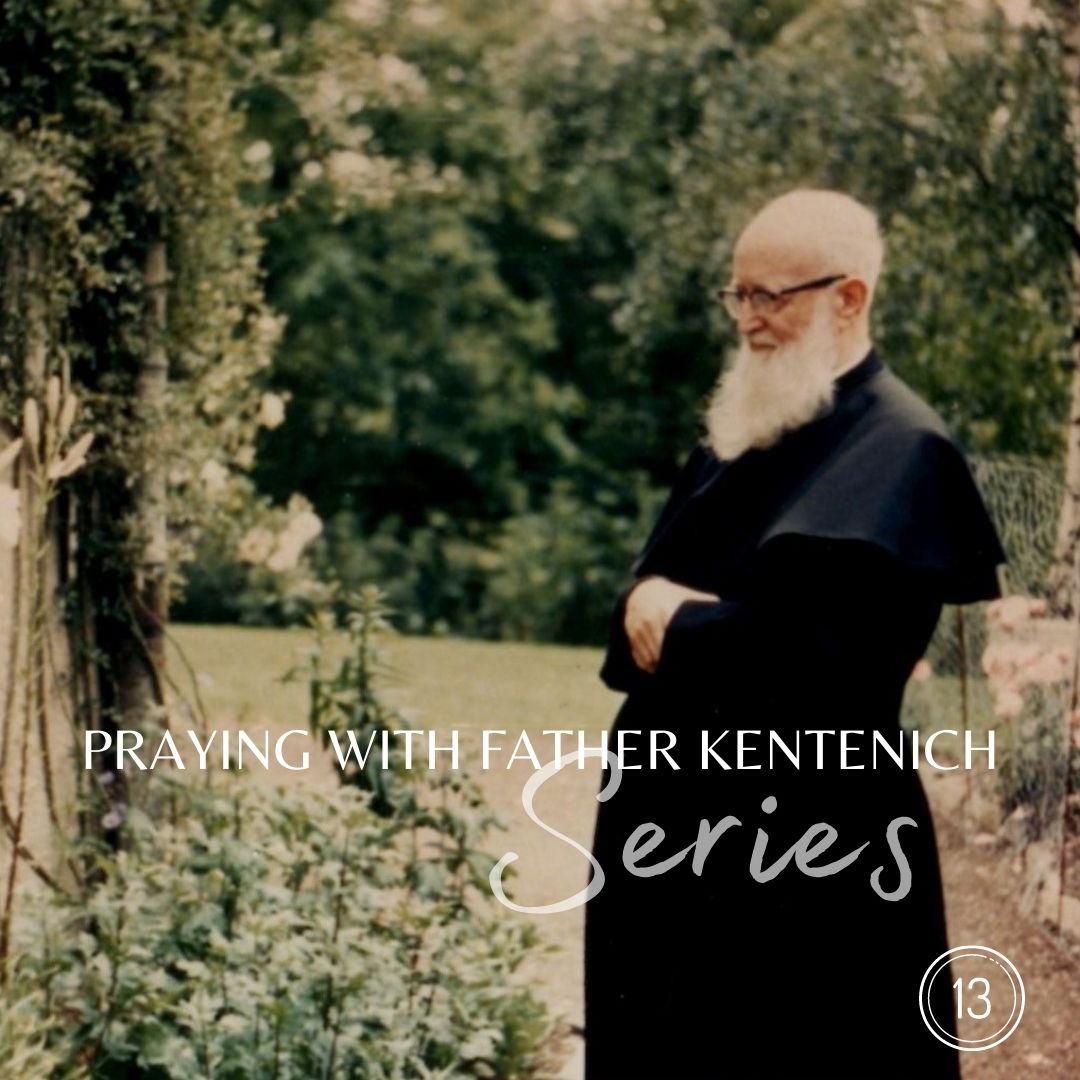 On July 10, 1910, the newly ordained priest, Father Joseph Kentenich, celebrated his first Holy Mass in the chapel of the Pallottine Mission House in Limburg, Germany. For that special occasion, he had selected three little prayers to be printed on a commemorative holy card.

On the back of the holy card, at the top, the first little prayer reads: “Grant, o my God, that all minds may be united in truth and all hearts in love.”[1]  At the bottom are two ejaculations: “Heart of Jesus, I trust in you” and “Sweet Heart of Mary, be my salvation!”

“A Kind of Program for His Priestly Activity”

As Fr. Engelbert Monnerjahn observes, these short texts stand as “a kind of program for his priestly activity,”[2] his mission in life. The first little prayer expresses the goal of Father Kentenich’s ordained ministry as a fatherly educator for his flock. The two “Heart” prayers indicate the means of childlike trust and self-surrender by which the young priest hopes to accomplish this high goal. Indeed, the two-in-oneness of the hearts of Jesus and Mary presents a perfect image of Christian community, of two persons united in truth and love, in mind and heart.

The first prayer chosen by Father Kentenich at his ordination obviously echoes the High Priestly Prayer of Jesus at the Last Supper, as recorded in Chapter 17 of the Gospel According to Saint John. About to enter into his Passion and death, Jesus lifts up his voice to his Father in prayer for his disciples, for their unity, protection, and courage amidst suffering and persecution.

Jesus begs for the grace of an extraordinary, unbreakable unity among them, a oneness that has its origin in the Eternal Son’s own perfect unity with the Heavenly Father: “Holy Father, keep them in thy name, which thou hast given me, that they may be one, even as we are one” (John 17:11). Jesus begs for the oneness among the apostles to be extended to all who believe in the truth they preach: “that they all may be one; even as thou, Father, art in me, and I in thee, that they also may be in us, so that the world may believe that thou has sent me” (John 17:21).

Jesus prays for them all to be united in the truth that he has revealed to the apostles and, through the apostles, to others: “Sanctify them in the truth; thy word is truth” (John 17:17).

“Unite, O My God, All Minds in Truth and All Hearts in Love.”

Finally, Jesus also speaks of the unity in love. He reveals that the Father has loved Jesus’s disciples with the same love that he has for his Son: “Thou hast loved them even as thou hast loved me” (John 17:23). This love is to be the very bond of their oneness: “I will make it known that the love with which thou hast loved me may be in them, and I in them” (John 17:26).

The young Father Kentenich thus makes Jesus’s prayer his very own in the little prayer: “Unite, O my God, all minds in truth and all hearts in love.” What is remarkable is that the prayer also gives expression to his own, innate idea of “the new community.” From the beginning, the young priest strove to form this “new community” among the young people he served as teacher and as spiritual director. As the founder of the Schoenstatt Work, he brought a broad-based movement and a whole network of individual institutes into being—all of his foundations aiming to realize the high ideal of the “new person in the new community.”

The “New Person in the New Community.”

What is this “new community” that Father Kentenich envisioned? In 1951 he described it in these words:

The “new community” . . .  strives to attain a deep union in the depths of the members’ souls: a way of living spiritually in, with, and for one another; a constantly active sense of responsibility for one another that is anchored in God, and that urges the individual member and the community towards the universal apostolate, rendering them fruitful there.[3]

Like the apostles and disciples for whom Jesus prayed, the members of Schoenstatt should be deeply united with one another in truth and love; “anchored in God,” they are to be and to become fruitful apostles, living and proclaiming the Gospel joyfully in every walk of life.

By the end of his immensely fruitful life, Father Kentenich had become such a fatherly source of unity for his Schoenstatt Family, such an instrument of God’s love and truth, that his followers spoke of being “cor unum in Patre,” one heart in the Father. Thus they came to experience in modern times what the early Christians knew, when “the full number of those who believed were of one heart and soul” (Acts 4:32).

How did this miracle of oneness come about? What Father Kentenich lived and proclaimed to his followers was a Covenant of Love with the Mother of God, the Mother Thrice Admirable, Queen, and Victress of Schoenstatt. As the motherly heart of the Schoenstatt Family, Mary drew her children and instruments close to her own heart, and thus into her own love for her divine Son, Jesus Christ, and the Father.

The “Heart” prayers on Father Kentenich’s ordination card point to the Sacred Heart of Jesus and to the holy, Immaculate Heart of Mary. He understood that these two hearts beat with a single beat of love. They speak “heart to heart” with one another. Inseparably joined in the plan of God, Jesus and Mary share a common concern for the salvation of all God’s children. Father Kentenich saw Mary as Christ’s constant helpmate in the whole work of our salvation. To write our names into her heart, therefore, through the Covenant of Love is to renew our Baptismal Covenant, with its demands and promises.

When in July, 1910, the young Father Kentenich prays, “Heart of Jesus, I trust in you,” he participates in a longer tradition of devotion to the Sacred Heart and also anticipates the petition of the Divine Mercy prayer of Saint Faustina. From his own heart, Father Kentenich longed for a perfect, fearless trust, a childlike confidence in God’s wisdom, power, and love—a confidence that he could also awaken in others. When he prays, “Sweet Heart of Mary, be my salvation!” he sets a pattern for our own self-surrender to her. The fruit will be many hearts united in love and truth.