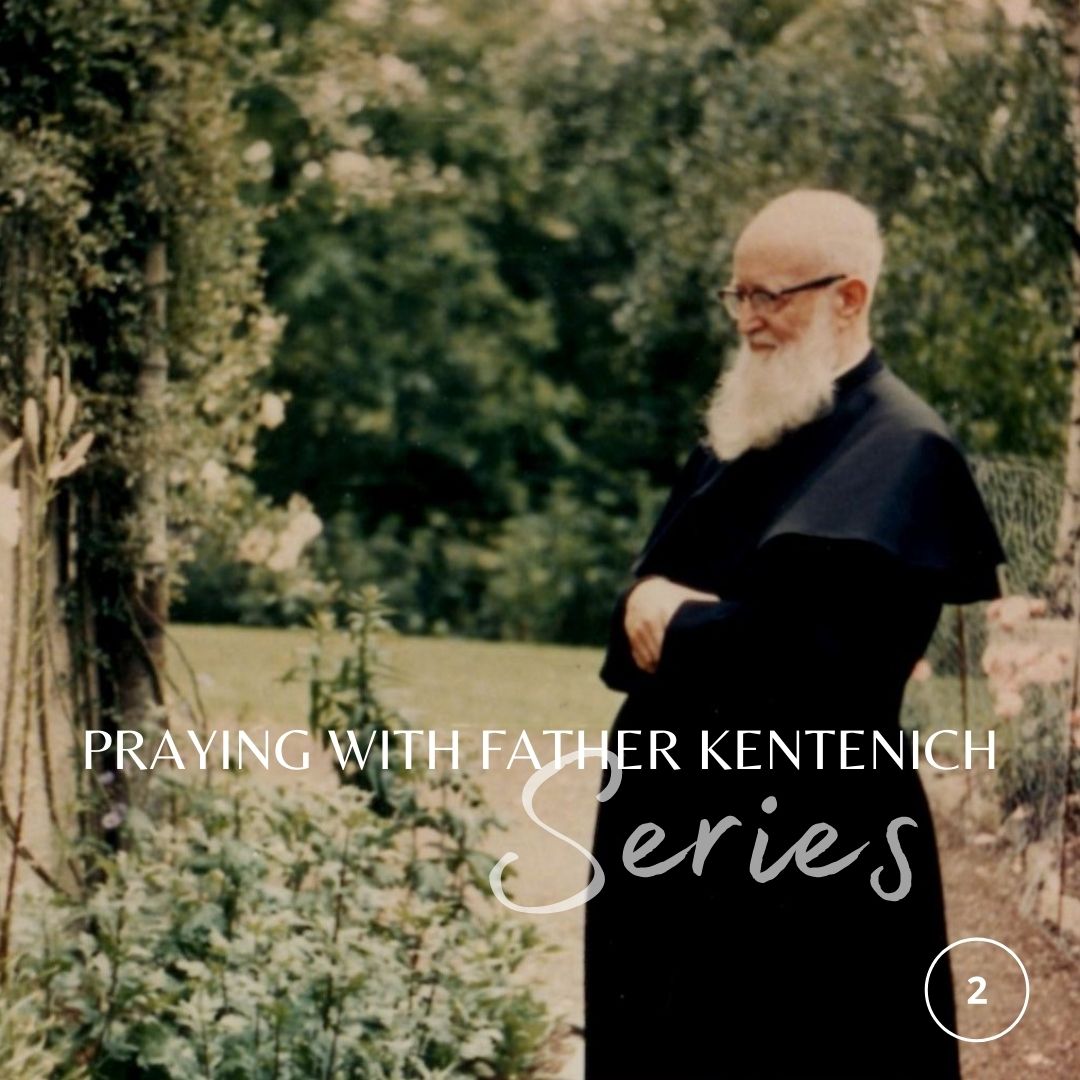 The prayer “Let Us Walk like You through Life” is the fourth verse of the “Hymn of the Instruments,” which Father Kentenich composed at the conclusion of a comprehensive study he dictated in the Dachau concentration camp from April to June 1944. On the occasion of Schoenstatt’s 30th anniversary and the silver jubilee of the founding of the Apostolic Federation, Father Kentenich intended to show Schoenstatt’s fundamental principles with his study titled Marian Instrument Spirituality.

Father Kentenich begins the study by stating: “The answer to the question as to what possibly expresses our type of spirituality most precisely and comprehensively could be this: a pronounced instrument spirituality, Marian in character.”[1] If we were asked how to characterize our spiritual type in an all- conclusive way, we could thus answer: It is an instrument spirituality with a profound Marian dimension. The “Hymn of the Instruments” is a concise summary of this spirituality. In fact, each of the six verses relates to individual chapters of the study.

The Hymn of the Instruments

The “Hymn of the Instruments” is addressed to the Blessed Mother as Mother Thrice Admirable. In Marian Instrument Spirituality, Father Kentenich explains that Our Lady is the model of instrumentality, whose instruments we want to be and remain as it pleases God (cf. verse 1). The second verse describes the characteristic of a useful instrument as a process of total self-surrender in order to belong entirely to her. In this context, we are reminded of the little consecration prayer in which we offer to the Blessed Mother “my entire self without reserve … as your property and possession.” The same is expressed in the motto of St. John Paul II: Totus tuus; or of Joseph Engling, one of the first Schoenstatt sodalists, whose personal ideal included being “Mariae specialiter mancipatus” (totally surrendered to Mary). The third verse of the “Hymn of the Instruments” focuses on the readiness and availability of the instrument to be used and consumed “to serve your Schoenstatt Work.” It is self-understood that selfless service in God’s kingdom includes suffering and battles, but we may also trust in the victory of our covenant partners.

Now, verse four follows: “Let us reflect your image / and walk through life entirely like you: / strong and noble, simple, and kind, / spreading love and peace and joy. / In us go through our times / and make them ready for Christ.”[2]  Most of us may be more familiar with the sung version of this prayer, but the translation in Heavenwards is a more complete rendering of the German original.[3] This verse alludes to the fourth characteristic of the instrument as described in Father Kentenich’s study. When we surrender ourselves to the Blessed Mother, then she will educate and use us in such a way that we become like her, an altera Maria, another Mary.

Because Mary was and is “the handmaid of the Lord” (Lk 1:38), the altera Maria also stands at God’s service as God’s instrument. In Marian Instrument Spirituality we read: “Anyone who lives as and strives to be a perfect instrument in God’s hand, i. e., anyone who seriously tries to gain a total detachment from self and a total attachment to God, God’s will, and God’s strength, as well as a high degree of readiness to be used for God’s goals, will sooner or later find that the fourth characteristic of instrument piety has begun to grow of its own accord: the outspoken parousia or apparition character.”[4]

This rather unusual wording can be explained in the context of World War II. Father J. Niehaus relates that in “spring 1939, … the Nazis confiscated the new house on the bluff overlooking the Original Shrine in Schoenstatt, Germany, converting it into a Nazi training center. The stone relief of Mary over the main entrance of the ‘New House’ was covered by a swastika flag. A course of the Schoenstatt Sisters of Mary took this as a sign that their mission would be to become an ‘apparition,’ the visible form of the image of Mary now covered by the Nazi banner, making her and God visible to a world become blind to God’s love.”[5]

The Power of Love

Father Kentenich was convinced of the uniting and assimilating effect of love. The more we love someone or something, the more we long to be united to this person or thing, and the more we become mysteriously like this person or thing. We can observe this often with couples who have loved each other for a lifetime, through thick and thin. A good example is also the attraction of Professor Henry Higgins to Eliza Doolittle. In My Fair Lady he sings:

This may also be a good description of our journey with the Blessed Mother in the covenant of love. In time, her gaze has transformed us and instilled in us a longing to become like her, while her motherly solicitude allows us to remain interiorly free.

Schoenstatt’s instrument spirituality goes further than Marian devotion when we ask her: “Let us walk like you through life.” Mary’s characteristics become our features: strong and noble, simple and kind. She is the strong woman of Proverbs (31:10-31) who stood beneath the cross (Jn 19:25ff). Her strength gives her the nobility of being a child of God and a member of Christ. Genuine strength and nobility, as we see it in the Blessed Mother, flow from the root of her being a simple child of God and from her being a mother. To the extent that we entrust ourselves to her, we learn to think and live like her, radiating her authentic femininity.

Father Kentenich described Mary’s effect on the world more than 2,000 years ago and that of the little Mary on “our times” with the words love, peace, and joy. These qualities appear also in the Home Song,[6] verses 1, 4, and 3, respectively. There they describe Schoenstatt as our ideal home, because there “our Three Times Admirable Lady reigns in the midst of her favorite children,” sharing her gifts with us. United with her in the covenant of love and as her instruments, we may help to make our times and all we encounter ready for Christ. Can there be a more fulfilling and fruitful mission for women?

Let us give our father and founder the last word: “However, the main thing is that the Blessed Mother takes on the responsibility to make us like her, to make us her images in terms of our mind, heart, and will. Listen once more: By virtue of the covenant of love, which is mutual, the Blessed Mother takes over full responsibility that we transform our inner abilities more and more. No, she transforms them so that we can say more and more, ‘We are on the path to becoming an altera Maria [an image of Mary]’; that is, an altera Maria who with the help of grace and her attractive charm can make a difference in the changing world and Church of today. Hence it may well be worth the effort to seal this covenant of love and to rely on this covenant again and again: Tua res agitur [It is your responsibility].”[7]

[3] “Let us walk like you through life, / let us mirror you forever; strong and noble, meek, and mild, peace and love be our endeavor. Walk in us through our time, make it ready for the Lord.”

[7] Conference to the Schoenstatt Girls’ Youth (Schoenstatt, August 31, 1966), in With Mary into the New Millennium. Selected Texts about the Mission of the Blessed Mother (Waukesha WI. Nd.), 115–17.