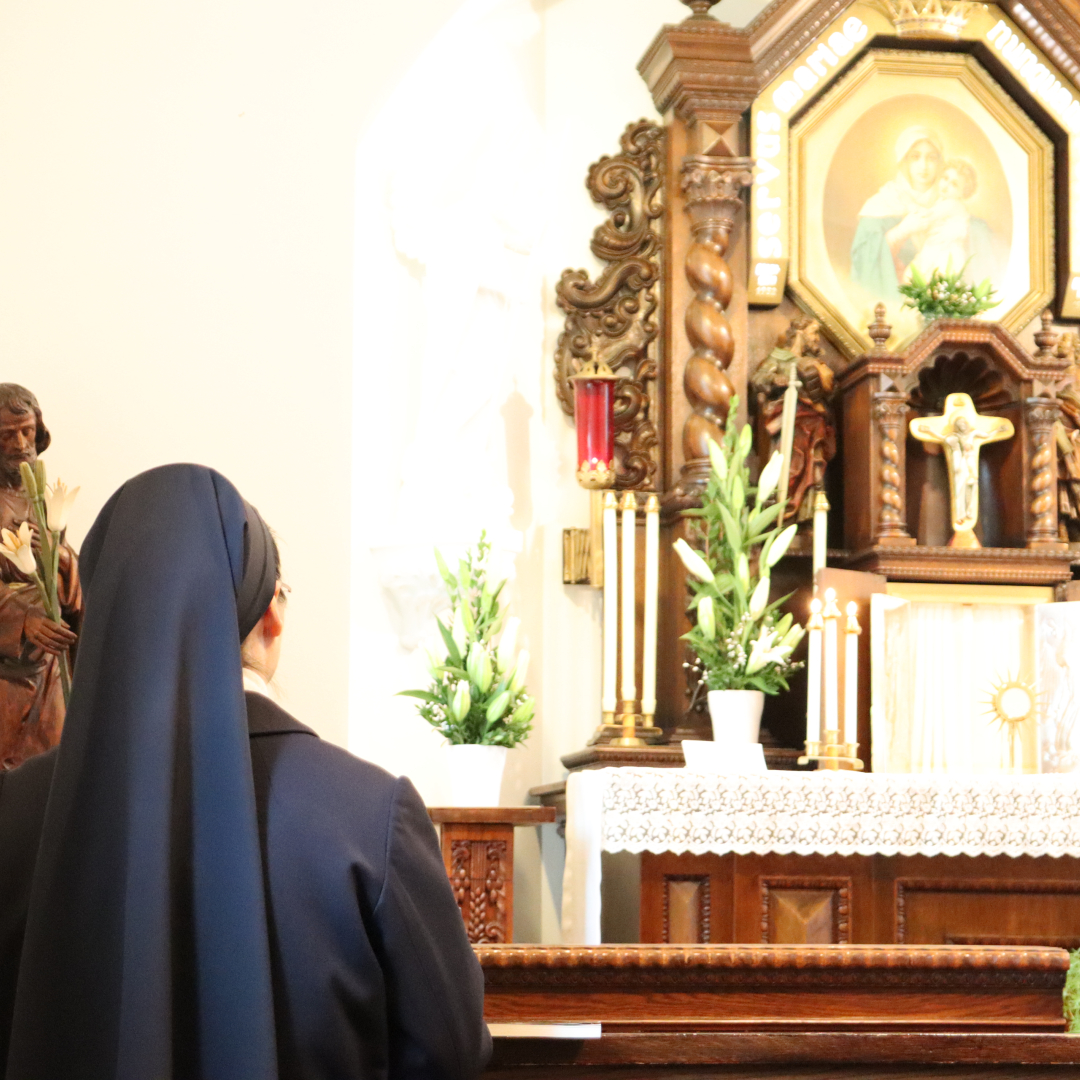 “Today, if you hear his voice, do not harden your hearts …” (Hebrews 3:15) This statement fromSacred Scripture likely resounds in the hearts of Schoenstatt Sisters of Mary as October 1st approaches. What causes this resonance? The answer is quite simple: Five years from now this institute within the Schoenstatt Movement will celebrate 100 years of existence. Reflecting on its foundation, October 1, 1926, and those who heard the call, answered the call, and helped bring a new community into existence, stirs up emotions of gratitude.

Daring the Leap of Faith

Ninety-five years ago, Father Kentenich dared to found an institute for women. Ninety-five years ago, Emilie Engel dared to answer the call to leave her hard-won profession of teaching, to abandon a financially secure retirement, and came to Schoenstatt, a relatively unknown valley near the Rhine River. Supported by God’s grace, she decided to cooperate in forming something that – humanly speaking – couldn’t offer the promise of certain fulfillment in future. The time was also not suitable to take such a risk. Germany was in the throes of depression, and the financial situation was not good. In addition, although exteriorly appearing competent, assured, and daring, a sense of insecurity weighed heavily upon her soul. In fact, self-doubt caused her great anxiety. In spite of all the risks, she took a daring leap of faith and came to Schoenstatt – not for a visit, but to stay.

What triggered her to make this decision so the Schoenstatt Sisters of Mary could come into existence? The deepest root was her spirit of faith – in our Mother Thrice Admirable, faith in the shrine as a place of grace, as well as trust and confidence in Father Kentenich and in his God-willed Schoenstatt mission.

Emilie listened to and responded to the inspiration of Holy Scripture: “Today, if you hear his voice, do not harden your hearts …” (Hebrews 3:15) From this simple and daring beginning, something new came into the Church and world – a new religious community in the Church, a forerunner of secular institutes, and the first institute in the Schoenstatt Movement.

Ninety-five years later, there are Schoenstatt Sisters of Mary in several countries in Europe, Africa, South America, North America, Australia, and Asia. A special Marian mission is being fulfilled by them in the Church and secular areas. There is no doubt that on October 1st, we Schoenstatters will gratefully remember Sister M. Emilie, thank her for her daring to answer the call, and take her for a role model – no matter our state in life – as we, too, listen to and answer the call, “Today, if you hear his voice, do not harden your hearts …” (Hebrews 3:15)