Girls’ Youth of Mexico Meets at a National Conference 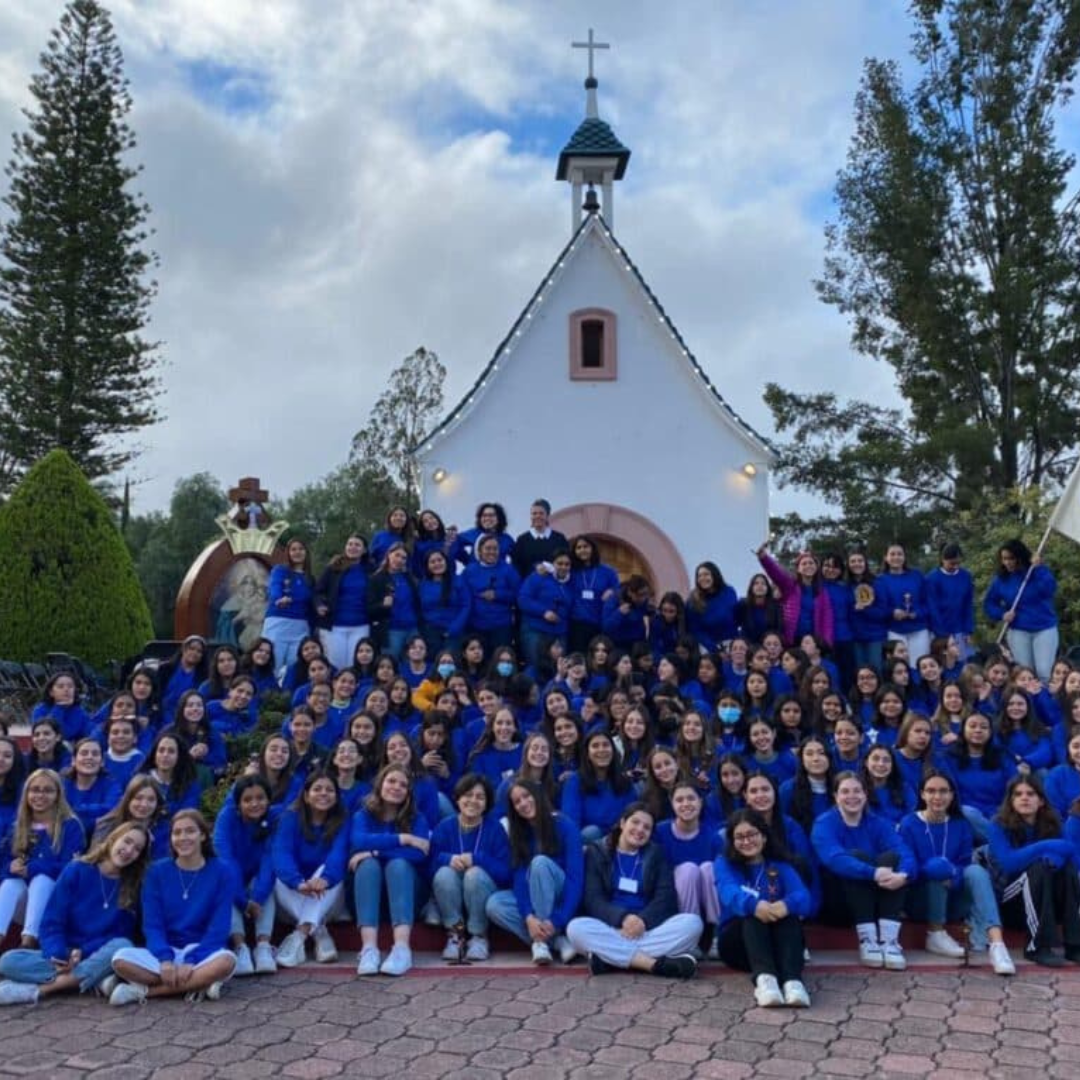 The Girls’ Youth of Mexico had their annual leaders’ conference, in which they deeply reflected on their ideal: “Reginae sum – I belong to the Queen”, which led them to delve into the value of having Mary as queen, who imparts to her allies the dignity of the children of God, her nobility, awakening the vocation to become testimonies of love.

REGINAE SUM – I BELONG TO THE QUEEN

On the weekend of October 7-9, 156 girls gathered in the shadow of the Shrine “Faithful Heart of the Church” in Querétaro for the National Girls’ Youth Conference of Mexico 2022.

Representatives from ten states (Chiapas, Iguala, Taxco, Querétaro, León, Aguascalientes, Guadalajara, Monclova, Monterrey and Chihuahua) were part of this first national gathering of the Girls’ Youth since the beginning of the pandemic.

The central motto of the Conference was: “Reginae Sum” – I belong to the Queen– and all the topics and activities helped the girls to further explore the meaning of this great truth: being favorite daughters of the Queen and of the King, and the duty to proclaim this truth with their lives.

The program of activities included workshops on fidelity, nobility, love, trust, and authenticity. There were also discussion picnics, prayer times, Holy Mass, singing, group dynamics, a night rally and the traditional Marian festival, prepared by representatives from the different states in honor of Mary.

The highlight of the National Conference was the crowning of the Blessed Mother with an RTA crown made by the girls. The different states had the opportunity to conquer a piece of the crown with their contributions to the capital of grace. Along with the crown, each participant was also able to give the Blessed Mother her dreams, hopes and intentions.

Awareness of our nobility, dignity and of being protected

At the same time, fifty young women crowned their lily scepter as a symbol of their belonging to the Blessed Mother and of their commitment to strive to live the national ideal of being “As an immaculate daughter, instrument of the Father.” After crowning the Blessed Mother, each one received a small RTA pin*, which is a reminder of the crown that Mary presents to her sons and daughters when they crown her: “…when we crown her, she also gives us a crown, and with this crown, the awareness of our nobility, of our greatness, but also the awareness of being protected and feeling sheltered” (Fr. Joseph Kentenich).

Each young woman exchanged her small crown with one of her companions, recognizing not only her own dignity, but also that of the others. The joy and graces of this moment were very tangible! At the end of the day, we celebrated the Queen with a gala dinner and dances, followed by a night vigil of adoration in the Shrine.

The Father’s longing, burning with love

The following day, the new motto that will guide and inspire the branch for the next two years was unveiled: “Longing for the Father, burning with love.” Through this motto, the Blessed Mother calls her Mexican Girls’ Youth to live with a profound conviction of being God the Father’s favorite daughters. From all eternity, the Father has conceived each human being, such as he/she is, with his/her talents and weaknesses, with his/her originality, and now, He longs for us to carry out the personal mission that He has entrusted to us and that we be bearers of His promise to the world. The Father’s desire is that we should be mutually inflamed with love, that we should recognize our dignity as daughters and that, through our being, we should respond to the many needs of today’s world.

The Conference concluded with a prayer of sending forth that we prayed together in front of the statue of the Immaculate Conception, which accompanied us throughout the weekend, reminding us of the greatness of the ideal of being, as authentic women, small reflections of Mary for the world.

As daughter, an instrument of the Father!

One mission – one banner.

One crown – one throne.

One King and one Queen above all things.

Crown for crown! We remain so, we remain faithful.