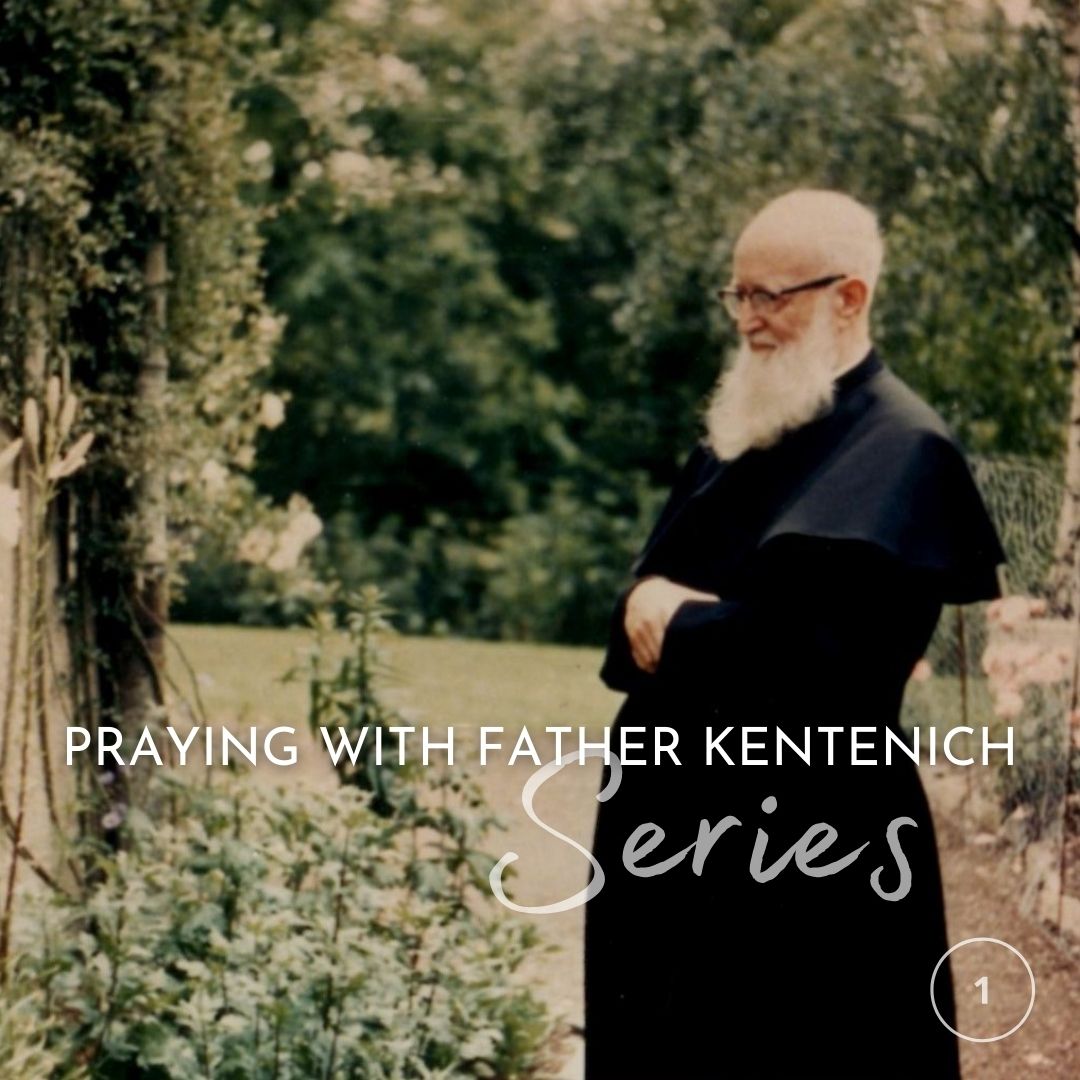 “Glory be to the Father!” In Heaven the saints and angels give “glory and honor” (Revelations 4:9) to God. Here on earth, the Church begins to join in that unceasing hymn of praise in the liturgy. After every psalm recited in the hours of the Divine Office and after every decade of the rosary, we pray the short prayer of praise known to us from our childhood: “Glory be to the Father and to the Son and to the Holy Spirit, as it was in the beginning, is now , and ever shall be, world without end. Amen.”

Father Kentenich knew, loved, and prayed this traditional doxology daily, but he also made it his own by writing his own “Glory be” to conclude each of the hours in the Schoenstatt Office.[1] Composed in December, 1944, when he was a prisoner in the concentration camp at Dachau, this short doxology gives quintessential expression to Schoenstatt’s spirituality, which Father Kentenich described as Marian, patrocentric, and ultimately Trinitarian. The text (in the translation of Fr. Jonathan Niehaus) reads:

“Glory be joyfully given to the Father / through Christ with Mary, highly praised, / in the Holy Spirit full of splendor / from the universe now and in all eternity. Amen.”[2]

Like the traditional “Glory Be,” this doxology refers to the three Persons of the Trinity and offers unending praise to God. Unlike the familiar “Glory Be,” however, Father Kentenich’s doxology is offered principally to the Father through Christ, the “great high priest” (Hebrews 4:19), the “one Mediator between God and humankind” (1 Timothy 2:5) and the “mediator of a new covenant” (Hebrews 9:15). Jesus, who prayed to his Father, “Father, glorify your name!” (John 12:28), is the Son, the divine Child, in whom and through whom all creation offers praise and thanksgiving to the Father.

In this way, Father Kentenich’s doxology combines elements from the traditional “Glory Be” with elements from the collect used in Holy Mass after prayers of petition. In the collect we pray to the Father, “through Jesus Christ your Son our Lord, who lives and reigns with you in the unity of the Holy Spirit, one God, for ever and ever.  Amen.”

Father Kentenich’s doxology does not simply combine familiar elements, however. It adds strikingly new elements expressive of what Father Heinz Dresbach calls “the fourfold infinitism”[3] of the covenant of love. Honoring Mary in two-in-oneness with her Son Jesus, the doxology adds Mary’s holy name to those of the divine three Persons. Through Jesus with Mary, the glory given to the Father in the Holy Spirit reaches the height of the Trinity and the depth of human self-surrender in suffering and death, the width of evangelical charity extended to all creatures, and the length of unending faithfulness.

“Glory be joyfully given.”

The single word “joyfully” adds an affective element to the dogmatic formulation of the doxology. Saint Augustine taught that joy is resting in the possession of a good. In the strength of the covenant of love, the child rests in the possession of the Father and Mother to whom the child has given him-/herself completely. Father and children belong together to such a degree that nothing on earth has the power to separate them, to rob them of their joy. In sorrow and joy, the child delights in whatever the Father sends and finds a special treasure in the cross.

In Schoenstatt such an attitude results from living what is called the inscriptio cordis in cor, heart-in-heart with Mary’s immaculate, sword-pierced heart. Father Dresbach relates that Father Kentenich asked him, “Where is the inscriptio in this verse?”[5] He then pointed to the word “joyfully” and explained, “The joy which is meant here, and which one can always have, is the effect of the inscriptio. That’s where it is.”[6]

Like Jesus, who taught his disciples to pray “Our Father,” Father Kentenich led us to seek, love, and serve the Father as his dearly beloved children. To desire that glory be joyfully given to the Father is to petition for the hallowing of the Father’s name and for the coming of the Father’s kingdom.

“through Christ with Mary.”

Father Kentenich sees Mary as inseparable from Jesus, as his constant helpmate in the whole work of our salvation. Standing beneath the cross of her Son, Mary “full of grace” became also, through Christ, the mediatrix of grace for all of us. The human nature she gave to her Son binds him to her, and she to him, forever.

Including a praise of Mary in the glory given to God the Father, Father Kentenich teaches that Mary’s soul, which rejoices in the Lord, her Savior, magnifies the Lord (see Luke 1:46–47); her blessedness brings glory to the Father, who has fashioned her as a new creation, “full of grace.”

“in the Holy Spirit full of splendor.”

The whole cosmos, everything created by God, everything made by men and women, is to glorify the Father. Saint Ignatius Loyola taught his followers to seek the greater glory of God in everything. Saint Francis of Assisi in his “Canticle of the Creatures” calls the sun, the moon, and the stars into one exultant hymn of the Creator. Father Kentenich similarly emphasized an “everyday sanctity” that glorifies the Father through a prophetic attachment to persons, places, tasks, and things.

“now and in all eternity. Amen.”

For Father Kentenich, this closing phrase translates the Latin expression in saecula saeculorum (literally translated, “unto the ages of ages”). We are creatures who live in time, who are “secular,” and who will die, but who are destined to live “for eternity.” Praising the Father in the here-and-now, living in the Father’s presence and under his loving, fatherly gaze, allows us to experience a colony of heaven already here on earth, to begin a song of praise that will never end.

When I was a novice in my community of the Schoenstatt Sisters of Mary, I first fell in love with this doxology. I put it to music, using the text of Father William Brell’s poetic paraphrase, and sang it to myself as I walked through the fields and oak woods at the International Schoenstatt Center in Waukesha, Wisconsin. Writing this meditation helped me to remember the melody below. I wish you, dear reader, much joy in praising the Father!

[1] The Schoenstatt Office adopts the main liturgical themes of the Roman Breviary and applies them to our original world of values. It can be prayed before the corresponding canonical hour as a preparatory prayer, and it can also be used separately as an office in its own right. (cf Heavenwards, trans. by Jonathan Niehaus)