Hail Mary, for the sake of your purity… 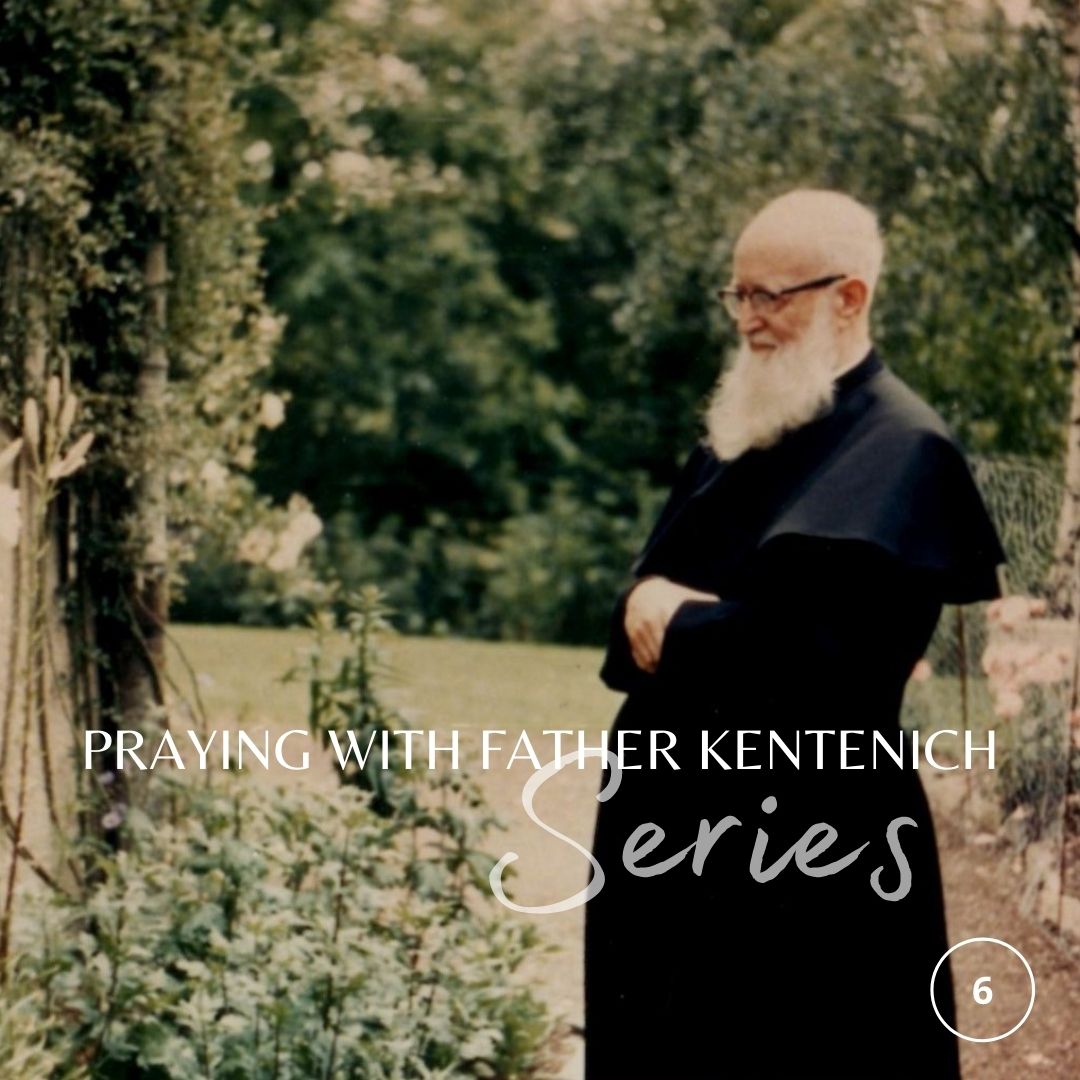 for the sake of your purity

keep me pure in body and soul;

open wide to me your heart

and the heart of your Son;

implore for me deep self-knowledge

and the grace to persevere

and remain faithful until death.

keep all else for yourself.

Today we want to pray this prayer with Father Kentenich. And, in order to make it very much our own, we want to explore its content and conquer its meaning in all its depth.

Father Kentenich himself testifies to being the author of it on one occasion:

We do not know exactly the age at which the prayer was composed, but we do know that it was at an early age.

“My soul was destined to remain as untouched as possible by external influences, especially by the influence of human beings, so that every fiber of my being could remain receptive to the true teacher of my life, to her formative power and educative wisdom. I am referring to Our Lady. She has played this role in my life not only in the recent or more distant past… It is difficult to pinpoint the exact moment from which I have considered and appreciated myself as her work and instrument. The process can be traced back to my earliest childhood…” (Kentenich Reader I, quoted by Fr. Jonathan Niehaus, ed., 19).

Father Kentenich’s biographers also speak of an event in his life that may well have influenced the tone of praise, petition, and surrender that the prayer reveals, simply but clearly.

Father Monnerjahn, the first postulator of Father Kentenich’s cause for canonization and author of the biography, Joseph Kentenich, A Life for the Church, speaks succinctly of an event in Father Kentenich’s life in April 1894 that gives us a glimpse into the soul of the author of such a profound prayer:

“In April 1894, Joseph Kentenich moved from Gymnich to St. Vincent’s orphanage in Oberhausen. His mother took him there herself. Her heart must have been deeply affected on this occasion. Before leaving her son at the orphanage, she went with him to the house chapel. There she stood before a statue of Our Lady. She wanted to entrust to Mary the care and wise education of the child she could no longer have with her. As a sign of the seriousness of her intention, she hung around the statue’s neck a cross and a gold chain, a gift from her godmother at her first communion. It is not necessary to imagine how his mother’s feelings and actions spoke to the son. Not only was he deeply impressed by his mother’s sincere religious action, but he himself performed an act of consecration to the Mother of God; its depth and meaning were only revealed as the years and decades passed.”

Father Monnerjahn goes on to cite Father Kentenich’s own witness to this childhood consecration, which found expression in the “Hail Mary” prayer:

“When he was over seventy years old, Father Kentenich could look back on his abundant and rich life and work and say that the seed of his whole life was sown in this consecration of April 12, 1894. Evidently, the Blessed Virgin accepted the consecration of the child and his mother, so that from then on his life was exclusively under her protection and, therefore, under the influence of divine grace” (Fr. E. Monnerjahn, Joseph Kentenich: A Life for the Church, 17-18).

In the book, Mother Thrice Admirable, An Introduction to the Mariology of Fr. Joseph Kentenich, the authors speak similarly about Father Kentenich’s Marian roots:

“During his childhood, a short prayer slowly developed within him, which he later embodied in this Latin form:

(Hail Mary, for the sake of your purity keep me pure in body and soul.

Open wide to me your heart and the heart of your Son. Give me souls; keep all else for yourself.)

This prayer, along with his Marian consecration when he was 9 years old, formed the pillars of his devotion and mission in life.” (Mother Thrice Admirable, An Introduction to the Mariology of Fr. Joseph Kentenich, Sr. M. Danielle Peters and Fr. John Larson, Marian Press, Stockbridge, MA, 15-16)

A Covenant of Love

Years later, Father Kentenich reflected on the significance of this prayer and concluded that it was the first expression of what would become the foundation of Schoenstatt’s spirituality: the covenant of love. In it we see the elements of the old covenant in the Holy Scriptures:

—the place of the covenant: the heart of Jesus and of Mary

—the test before sealing the covenant: a profound knowledge of oneself

—the demands: perseverance and fidelity until death

—the promise: the souls to be led by the hand of Mary, through Jesus in the power of the Holy Spirit, to the Heavenly Father.

The essence of the content of this covenant, as expressed in the prayer, is the same as Jesus’ new and eternal covenant: love. There is a saying: If you want to know a person in depth, do not ask him what he thinks but what he loves. We can conclude that this prayer reveals to us what Father Kentenich loves. Let us look at the prayer.

“for the sake of your purity, keep me pure in body and soul…”

“Open wide to me your heart

and the heart of your Son…”

“Implore for me deep self-knowledge…”

“and the grace to persevere

and to remain faithful until death…”

keep all else for yourself.”

Making his Prayer our Own

Oh, if we could pray like Father Kentenich! Then we would make his prayer our prayer for the love of Jesus and Mary, for the desire to preserve our purity, for wanting to know the truth about ourselves, and for wanting to be an instrument of salvation for the souls who depend on us to be better, happier, and holier.

For the sake of your purity

keep me pure in body and soul;

open wide to me your heart

and the heart of your Son;

implore for me deep self-knowledge

and the grace to persevere

and remain faithful until death.

keep all else for yourself.